A former teacher from Prarieville, LA is making good progress learning to hear again after ten years of silence.  Jessica Jackson lost her hearing years ago due to a condition called Neurofibromatosis 2, which causes tumors to grow on the hearing nerve, causing deafness.  A team of surgeons from Culicchia Neurological and CNC Hearing and Balance Center were able to get Jessica hearing again in a highly sophisticated surgery performed only in Louisiana at West Jefferson Medical Center.

In a complex surgery in December, 2020, a team led by Neurotologist Moises Arriaga and Neurosurgeon Frank Culicchia removed a tumor on one side of her brain and at the same time that the remnant of tumor was removed, a special electrode  was implanted in her brain stem to stimulate the connections in the brain where the hearing nerves go in.  “It is a way of trying to stimulate the hearing center even though she doesn’t have an inner ear or hearing nerve on either side,” said Dr. Arriaga.

“There are a number of steps in all of this. Obviously, step #1 is to get the tumor out. Step #2 is to place the ABI in the brain stem in the appropriate location. The device is stimulated and tiny little electrical impulses are recorded from the brain to make sure it’s just in the right position.”

WWL-TV’s Meg Farris reported on Jessica’s progress  in the news report below. 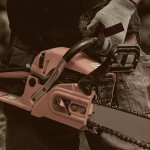 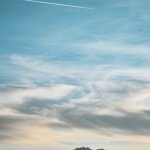