Hearing Loss and your Brain

It has been pretty well established by numerous studies that diminished hearing ability has a negative effect on cognitive performance. We have been emphasizing that connection for years st CNC Hearing and Balance Center.  It makes sense – if you cannot hear what’s happening around you, your brain is less engaged and as we get older, cognitive stimulation plays a crucial role  in preventing  dementia.

A seminal study published in the Journal of the American Medical Association in 2013, brought the issue to the forefront. The study, which took place over the course of six years, found that older adults with hearing loss had annual rates of decline in cognition that were between 30 and 40 percent greater than their counterparts with normal hearing.

Since then, other studies have built upon this research, linking hearing loss to memory loss, psychological distress, and dementia. A new study, published in November of 2019 has found a significant association between subclinical hearing loss and cognitive impairment. These findings indicate that cognitive impairment due to hearing loss might be occurring sooner than previously expected. The average subject age of this study was 59 years old— almost 20 years younger than the participants in the 2013 JAMA study, who were 77 years old on average.

The study highlights the important role that auditory stimuli has in maintaining cognitive health. If you suspect your hearing may be impaired, it’s important to see a specialist who can offer treatment. At CNC Hearing and Balance Center, our audiologists can test your hearing and develop a treatment plan.

CNC Hearing and Balance Medical Director and Neurotologist Moises Arriaga, MD discusses the many risks of hearing loss in this video.

Act now and get your hearing problems addressed. Call our clinic at 504-934-8320 to schedule your free screening. 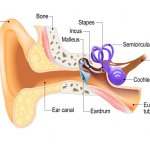 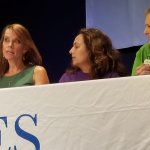