There are four parts to your balance system, which receives input from eyes, ears, muscles and joints. Your brain processes signals from these systems together.

Any abnormality in one of those components can affect your overall health and produce symptoms such as: dizziness, vertigo or brain fog, which can worsen during times of stress.

Gina D. of Lacombe, La. had suffered with dizziness and what she called “brain fog” on and off since 2012.

“I noticed that it got much worse when I was working on my computer. As I started scrolling, I would get brain fog, nausea and headaches. It was like morning sickness,” the 65-year old recounted. 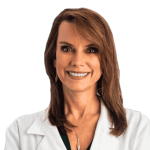 Gina saw Sarah McGuire, NP at CNC Hearing & Balance Center’s Mandeville office. McGuire ordered audiological testing and an MRI to be sure a tumor or growth was not contributing to her symptoms.

Testing revealed that her brain was not getting equal input from her eyes and ears.

Gina began vestibular physical therapy with CNC Hearing and Balance Center Physical Therapist Carrie Black, PT, DPT, who tailored balance exercises to Gina’s vestibular mismatches.  “The exercises work by retraining the brain how to appropriately interpret the signals coming from the patient’s own body as well as the environment in which the patient is trying to function,” Dr. Black explained.

The simple exercises take only a few minutes and Gina felt relief soon after her first session. Gina performed the exercises daily and progressed under Dr. Black’s treatment plan until her symptoms were much improved. She no longer suffered lightheadedness and could work on her computer without any symptoms.

“I should have done these exercises a long time ago,” Gina said. “I did not realize that my eyes played such a big role in my balance. “I feel more confident and better about myself now.”

If you are having unresolved balance or dizziness issues, call CNC Hearing and Balance for an appointment at 504-934-8320. 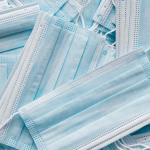 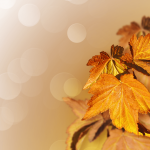